My side garden by the driveway gets hot. So hot that many flowers won't grow by the brick wall that gets even hotter.  I have a nice stand of Black Eyed Susans and a few Cone Flowers, white and purple.They are fairly easy to grow. 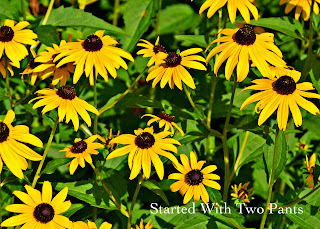 Three summers ago I decided to get some of the more exotic  Cone Flowers: Green Wizard, with no petals. It didn't grow at all. Two summers ago I bought a light orange. It didn't come back the next spring.

Last summer I bought a green, a true orange and a light pink. I gave them a nice spot in the garden, watered them in.

They came back this spring.

Unfortunately, we had a very hot and dry summer. My new flowers struggled to grow. Most of them won't bloom this summer. I tried to keep them watered, but it was too hot. We had one of the hottest July's on record. Hopefully they will do better next year. 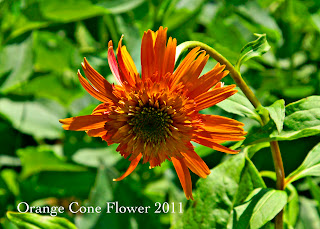 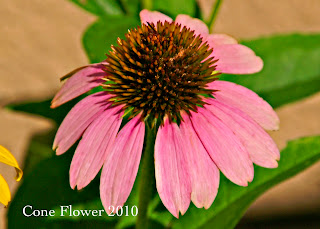 This year I bought a red,  above,  when it first blooms it is more orange than red with a frilly head, in stead of the usual cone.

I love the more colorful Cone Flowers, but I finally realized that they need too much care. With several venues online and doing art shows I need plants that I can water and they will thrive.